The Deer Moat (Jelení příkop) is a natural ravine that surrounds the Prague Castle. The Brusnice stream flows through this moat. The touristic route leads here from spring to autumn. 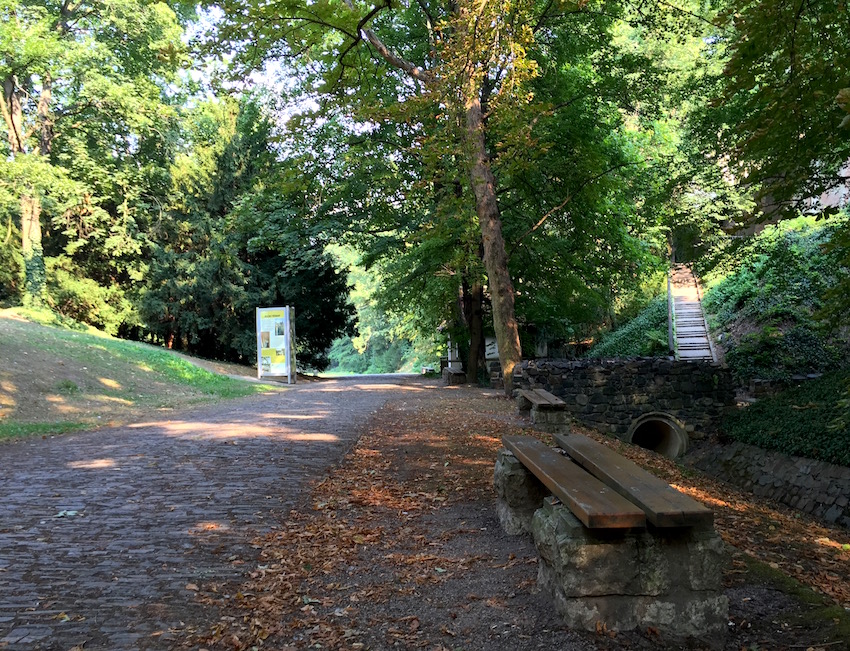 This place was used for defensive purposes. It was a natural defense of the Prague Castle. During the reign of Rudolf II. there were a lot of deer, that were hunted by the aristocracy. Charles IV. is known for shooting the deer right from the windows of the Spanish Hall. From this period comes the name of the Deer Moat.

During the reign of Maria Theresa the moat was divided into two parts – upper and lower part.  Since 2002 the pedestrian tunnel, which was designed by Josef Pleskot, has connected this two parts.

The Deer Moat wasn’t open to public for a long time. The entrance is possible from the time, when the Václav Havel was the President of the Czech Republic.

At the bottom of this page you can find seven different possibilities where to entrance the Deer Moat.  The entrance is for free and the moat is open from spring to autumn. 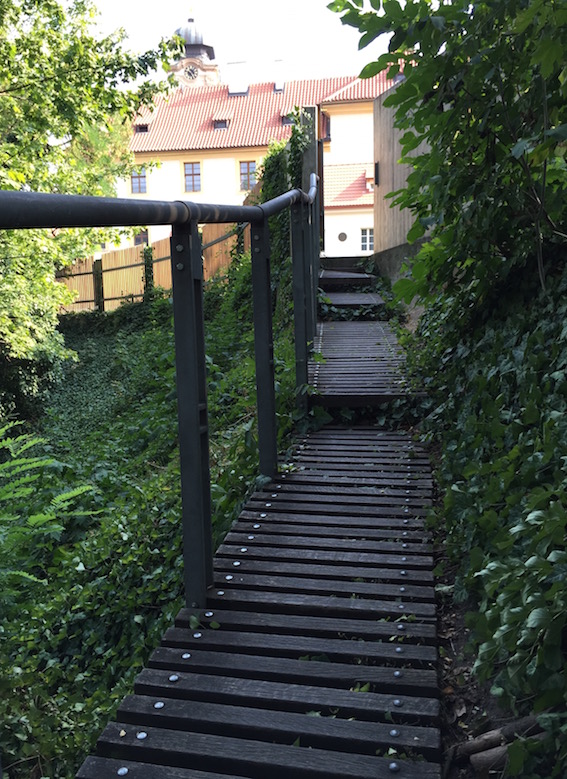